El Al pilots are in the midst of a labor dispute with management and have embarked on an “Italian Strike,” whereby employees use excessive adherence to regulations, sick days, and other slowdown ploys to harm the company while still not declaring an official strike. Several flights have already been cancelled or delayed due to pilot “unavailability,” as in cases where pilots have insisted on flying only one-way, then requiring rest time. Using slowdown measures rather than declaring an official strike hurts the employer more, since a strike would absolve the airline from having to offer compensations to passengers whose flights were cancelled (other than re-booking their flights). The unofficial strike also prevents the airline from hiring temps (“scabs”).

Israel’s 2012 Aviation Services Act compels airlines to provide passengers whose flight was delayed by at least two hours with food and drink as well as communication services. A five to eight hour delay entitles passengers to a full refund on their tickets, or a substitute flight. Should the flight take place the next day, the airline is compelled to provide passengers with lodging and transportation. 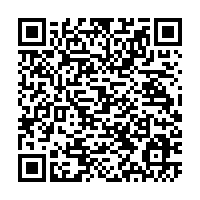