An additional 2.5 million U.S. consumers have potentially been impacted by the data breach of the Equifax credit bureau, bringing the total to a potential 145.5 million affected.

This issue is directly relevant to numerous dual nationals living in Israel, many of whom still maintain their credit cards and other finances, including bank accounts in the United States as well as in Israel. Dual national retirees and pensioners are also likely to be affected if they spent most of their earlier working years in the United States, continued to maintain their credit cards and/or bank accounts there, and receive Social Security benefits from the U.S.


Equifax, one of the America’s three major credit reporting agencies, collects and aggregates information on more than 800 million individual consumers and more than 88 million businesses worldwide. It is the oldest of “big three” credit agencies, along with Experian and TransUnion.

The independent cyber security firm Mandiant has completed the forensic portion of its investigation into the cyber security incident disclosed on September 7, the company said Monday in a statement on its website. But the nightmare is still not over.

“I was advised Sunday that the analysis of the number of consumers potentially impacted by the cybersecurity incident has been completed, and I directed that the results be promptly released,” newly appointed interim CEO, Paulino do Rego Barros, Jr. said. “Our priorities are transparency and improving support for consumers. I will continue to monitor our progress on a daily basis.

“While the company’s investigation is substantially complete, it remains ongoing and is expected to be completed in the coming weeks.”

Mandiant that personal information of approximately 8,000 Canadian consumers was impacted. Information relating to customers in the United Kingdom is still being analyzed, the company said.

The completed review also concluded there is no evidence the attackers accessed databases located outside of the United States, Equifax said.

“I want to apologize again to all impacted consumers. As this important phase of our work is now completed, we continue to take numerous steps to review and enhance our cybersecurity practices. We also continue to work closely with our internal team and outside advisors to implement and accelerate long-term security improvements,” Barros added. 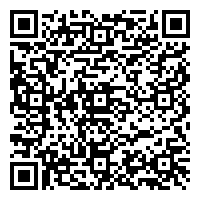