A recent perusal of mainstream media’s coverage of Israel confirms the sad truth that blatant lies, lousy or non-existent fact-checking and efforts to paint the Jewish state as evil continues unabated.


A 3000 word article dated Dec. 4, written by Sarah Helm, attempts to create a female Arab victim hero. Her lengthy article, “The Young Woman at the Forefront of Jerusalem’s New Holy War,” is replete with pathos, heroism and villains. But in the process of spinning her tale, truth becomes a victim and increased hatred, not peace, is the byproduct.

Latifa, a 24 year old Palestinian Arab woman, leads her Arab sisters in their noble effort to protect their holy places from destruction by the evil Jews. In the process, they are beaten and arrested by the armed Jewish guards, but these holy women will not be deterred from their mission. They are the “mosque’s protectors,” swathed in colorful veils. Helms hopefully suggests the name: Women’s Intifada. Fade out.

In this article of 38 paragraphs, there are fewer than four which do not contain either a sloppy error, a falsehood stated as fact, or bald propaganda; sometimes all three can be found in a single paragraph.

For instance, in the very first sentence, Helm refers to the “sister mosque, the Dome of the Rock.” That building, the one with the gilded dome, is not a mosque.

Yehuda Glick is not only referred to as a “radical rabbi,” but the point-blank shooting attack on him which took place in Jerusalem, outside the Begin Center, is instead described as having occurred as he “had come to the Haram to pray.”

Which brings us to one of the most outrageous acts of propaganda by Helm.

In the second paragraph of the article, this is how she describes the area above the Western Wall, the site her Arabian heroines are sworn to defend from the Jews :

The Temple Mount, as the Haram al-Sharif is known to the Jews, is believed by them to be the location of Solomon’s Temple.

And Helm portrays these Semitic Furies as bravely shouting “allahu akhbar” at the Jews they believe are attempting to pray on the Temple Mount (yes, we’ll call it that.)

The article repeats Latifa’s claims that she was arrested for yelling that phrase, but anyone who has ever watched television news in Israel knows that people say it and shout it all the time. Only when that phrase is accompanied by violence or incitement is anyone ever arrested.

Helm gives voice and credence to the notion that there is growing “evidence” that the “recent attempts by Jews to pray near the al-Aqsa mosque shows that they are now determined to destroy it and fulfil their long-held desire to rebuild the Jewish holy temple in its place.”

Oh? The Jews are attempting to pray near al-Aqsa mosque? That is their goal? Helm points to “more evidence of a planned Jewish take-over” of the Temple Mount, pointing to the proposed law “giving Jews the right to pray on the Haram.”

And we’re only up to paragraph four.

We eventually learn that Helm’s heroine, “Latifa,” was a teacher in an Israeli school but lost her job for “‘inciting’ (Helm puts that word in quotes) pupils by telling them not to sing the Israeli national anthem, or so she tells Helm. In truth, no one in Israel is forced to sing Hatikva, a fact Helm would have learned had she engaged in any fact checking.

But now, with Helm’s assistance, Latifa has a new role. She is braver than the Muslim guards who don’t stop all the Jews who try to pray on “al Haram,” she is braver then the Israeli guards because they have weapons, but Latifa and her sisters “only have our voices.” 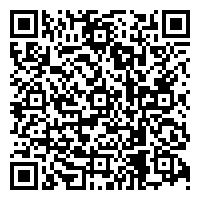