The European Union finally came out Tuesday with a statement of condemnation against the terrorists who kidnapped three teenage yeshiva students – five days after the incident took place. Two 16 year old boys, one of whom is an American citizen, and a 19 year old, were abducted in Gush Etzion while hitchhiking to reach their homes last Thursday evening in order to spend time with their families for the Sabbath. Public bus service in the area — which is completely under Israeli administration and security control in accordance with the internationally-recognized Oslo Accords — is infrequent and hitchhiking is common as a result.

“We condemn in the strongest of terms the abduction of three Israeli students in the West Bank and call for their immediate release and safe return to their families,” said the statement issued by the EU.

“Such acts can only undermine international efforts to encourage a resumption of peace negotiations. We are following developments closely and remain in constant contact with our Israeli and Palestinian counterparts.”

The statement was later even than the one issued by Palestinian Authority unity government chairman Mahmoud Abbas, tepid as it was. Moreover, the abduction came barely 24 hours after an EU delegation visited Gaza to express their support for the Hamas-backed ministers who had just been sworn into office in the new PA unity government two days earlier. 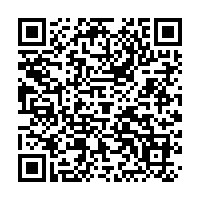