The families of three Jewish teens who were kidnapped and murdered on June 12, 2014 by Hamas terrorists two years ago, met Monday (May 30) with Prime Minister Benjamin Netanyahu and Jerusalem Mayor Nir Barkat.

The gathering came in advance of the Day of Unity organized by the families to commemorate the lives of their sons and their unity that coalesced around the families during the days of the desperate search to find them.


Although the search ended in tragedy, the families decided to mark the day with an everlasting memorial to the unity of Jews coming together for good, in a Day of Unity.

Each year the families present an award to those whose lives and actions best demonstrate these characteristics in Israel and around the world. 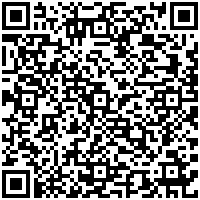