Herzl Shaul, the father of IDF Staff Sergeant Oron Shaul, z’l, has passed away 10 months after a hard-fought battle of his own with a difficult illness.

The elder Shaul has spent the past two years fighting for the return of his son’s remains from captivity by the Hamas terrorist organization in Gaza, but earlier this year he was diagnosed with cancer of the small intestine.

This past week he gave up his fight for his son’s remains, as his own fight for life intensified. He was moved to Tel Hashomer Medical Center in Tel Aviv, with the Defense Minister providing accommodations for his wife near the hospital in order for her to remain close to her husband.

Shaul was initially believed to be missing. The six other soldiers inside his armored personnel carrier (APC) were killed. But the evidence gathered from the scene led investigators to the conclusion that the 20-year-old soldier had died in the July 20, 2014 battle during Operation Protection Edge. The terrorists who attacked his Givati Brigades unit stole his body to hold him hostage as a bargaining chip with Israel.

The younger Shaul was subsequently declared by the IDF Chief Rabbi to be a soldier who died but whose burial place is unknown. His family sat shiva, but later requested the IDF designate him as a soldier “missing in action,” which it did.

Herzl and Zehava Shaul for months led a daily vigil outside the office of Prime Minister Benjamin Netanyahu in Jerusalem, pressuring the government to bring back the body of their son.

Netanyahu and his wife Sara expressed their condolences to the family on Friday. “In our meetings with Herzl we saw a strong man who devoted all his time and energy toward his health and efforts to return the body of his late son,” the prime minister said, adding a vow that Israel would not fail to retrieve Oron’s remains.

“The Defense Ministry and the people of Israel bow their heads in sorrow at the death of Herzl, of blessed memory,” said Defense Minister Avigdor Liberman in his statement. I met with Herzl about a month ago. [He] did everything in his power to return his late son Oron and I am saddened he did not achieve this before he died. The Israeli government is committed to returning the bodies of Staff Sergeant Oron Shaul and Lieutenant Hadar Goldin of blessed memory and bringing them to Israel for burial.”

IDF Chief of Staff Gadi Eisenkot paid tribute to the elder Shaul as well, saying he had pledged to keep fighting to return the bodies of both his son and Goldin. “Herzl was the head of an exemplary family,” he said in a statement.

“I send a strong embrace to [his wife] Zehava and the family at this difficult time. I met Herzl for the last time a week ago, and I promised him that we will continue to do everything we can to bring Oron and Hadar home, to be laid to rest in Israel.” 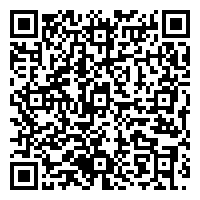