The sound of a glass ceiling shattering was heard in the halls of the Israel Police headquarters this week.

Rana Jaboua, a resident of the Bedouin Negev village of al-Fara’a has become the first female Bedouin in Israel to join the Israel Police Rescue team, according to Ofir Gendelman, the Arab Affairs spokesperson for the Prime Minister’s Office.


Jaboua is part of a unit that helps hikers in the Judean Desert if they become lost or injured.

Another female Israeli Arab leader who merits kudos this week is Mira Shallah, age 26, who has just earned her PhD in computer science at the Technion Institute.

Mabrouk to you both! 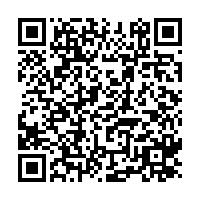