Defense Minister Avigdor Liberman has ordered that fuel supplies be resumed to Gaza starting Wednesday, in complete contradiction to his claims barely a week ago that the enclave would no longer receive fuel supplies unless the violence against Israel came to an end.

“Israel will not tolerate a situation in which fuel trucks are allowed into Gaza on the one hand, while on the other hand, terror and violence is carried out against IDF soldiers and citizens of Israel,” the defense minister said in a statement less than two weeks ago.

Earlier this month, Qatar provided the funds for the fuel that is needed to keep Gaza’s power generator online, and Israel agreed to pump the fuel to the sole power plant in Gaza.

But after one delivery, Hamas violence at the Gaza border was particularly fierce and the terror group also began encouraging terrorists in Judea and Samaria to also join the party, prompting Liberman to put a halt to the supplies. “In light of all this, Defense Minister Liberman decided to stop the flow of fuel into Gaza effective immediately,” a ministry spokesperson said at the time.

This past Monday, Liberman insisted that only a “hard blow” will restore deterrence to the southern front — but less than a day later, he reopened the border crossings, expanded the Gaza fishing zone, and now has announced the resumption of deliveries of the fuel supplies to the enclave as well — even as terror attacks on southern Israel continue, and daily border attacks resume as well.

Yesterday between #Gaza and #Israel:
17,103 tons of goods in 573 trucks entered Gaza through Kerem Shalom Crossing.
There were 6 ambulance crossings through Erez Crossing.
153 Palestinians entered Israel from Gaza for humanitarian purposes. pic.twitter.com/c5oB9jCGqz

The IDF Coordinator of Activities in the Territories – Israel’s military liaison with Gaza Arabs – reported that 17,103 tons of goods in 573 trucks were delivered to the enclave via the Kerem Shalom commercial crossing. Six ambulance crossings were reported through the Erez crossing, which is used for human traffic; 153 Arabs entered Israel from Gaza “for humanitarian purposes,” according to the COGAT.

Six is also the number of fires that Israeli firefighters were forced to battle Tuesday as a result of Hamas incendiary balloon attacks, which are continuing regardless of the positive actions taken towards Gaza by Israel. A similar number of attacks was recorded on Monday as well.

On Tuesday night, hundreds of Arabs rioted at the border with southern Gaza, hurling live grenades, explosives, rocks and burning tires at Israeli forces. A 17-year-old teen terrorist was shot while throwing a bomb at an IDF soldier, according to the IDF. The Gaza Health Ministry later reported that he died of his wounds at Shifa Hospital in Gaza City. 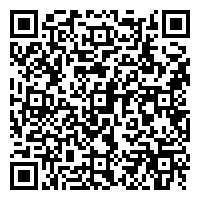