Still, it is noteworthy that Peres is also a throwback to a previous generation, to a time that even left-wing Israelis (or pre-state Jews) believed in Israel. To be sure, Peres’ political program over the past two decades was ill-advised, to say the least, as was his assistance to British authorities in hunting down Irgun rebels during the Mandatory Period.

But none can argue that Peres believe deeply in the promise of Israel, as the bright future of the Jewish People and as a light unto the nations of the world. In every way, Peres’ 70 years on the political stage were defined by one question: What can we DO to make Israel thrive, to make Israel more secure, to ensure Israel’s longterm survival and success. Even those who focus on alleged financial connections to firms that benefitted from the Oslo process cannot help but admit, perhaps bitterly, that Peres built a career by supporting Israel’s pro-active initiatives.

There is a vast wadi separating Peres from younger members of left-wing guard, and Peres’ departure from the political stage leaves a vacuum. Yes, there are plenty of left-wing spokespeople in Israel and in Jewish communities abroad. But few, if any, believe in Israel as a grand project of the Jewish People, who believe in Jews’ right to live here, in all sections of the Land of Israel, the way Peres does. His argument that a sovereign nation with a strong army and economy has the right to choose not to act on its right to live in certain parts of the national home may be deeply flawed, but it is a far cry from the more common belief of today’s left-wing brigades that Israel has no right to “occupy” Judea and Samaria.

IV. The more we try…

During the immediate aftermath of the murder of Mohammed Abu Khdeir, Israeli leaders across the spectrum decried the brutal terror attack quickly, and in the strongest possible terms. But the brow-beating did not help douse the flames of protest in Arab communities around Israel – from Shuafat to Umm el-Fahm to Qalansua to Nazareth to Tamra and further afield. To be sure, Israel was correct to condemn the murder quickly and strongly, but one was left with the strong feeling that the more Israel apologised for an attack committed by a small cadre of deranged individuals, the higher the flames of anti-Israel protest rose.

So, too, during Operation Protective Edge, where anti-Israel sentiment seems to grow, amongst Palestinians and the international community alike, the more Israel publicises efforts to avoid civilian casualties in Gaza.

In many ways, Israeli “hasbara” seems finally to have come of age, but in the words of David Oleskar, a veteran lecturer about Israeli society, history and politics, the very word “hasbara” – Hebrew for “explanation” – puts Israel at a disadvantage.

“Think about a wife who comes home to find her husband up to no good,” Oleskar says. “As soon as the husband says ‘honey, I can explain,’ he’s lost the case.”

Oleskar’s comment is critical at this juncture vis-à-vis Hamas, and vis-à-vis the world. Rather than remain in a defensive posture of explaining the ethics of Israel’s war efforts, Israel must concentrate on prosecuting the war in accordance with IDF military ethics. All the hasbara in the world cannot counteract the effects of Israel’s self-doubt. But one is left with a strong sense that a strong Israeli society, confident both in its right to survive and in the ethical makeup of its soldiers and military behaviour will go farther than IDF videos and Facebook status updates about “look how good we are behaving.” 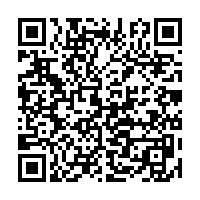