French rightwing presidential candidate Marine Le Pen may have buried several years of an effort to set herself apart from her anti-Semitic father and founder of her National Front Party Jean-Marie Le Pen, when she denied the France’s role in rounding up thousands of Jews for eventual termination during World War Two.

French police arrests of Jews began in 1940. The arrested Jews were interned in concentration camps run by the French government. Deportations of the thousands of Jewish citizens to Auschwitz began on March 27, 1942. In the German-occupied zone, the French police carried out the measures ordered by the Germans against Jews. Rounding up Jews and loading them on trains to Poland was a major part of the French government’s collaboration with the Nazis.


Out of the 150,000 Jews living in France, 76,000 were murdered after French authorities shipped them away.

Not according to candidate Le Pen, a frontrunner in this month’s election, who said in a Sunday interview with Le Figaro, RTL and LCI: “I think France isn’t responsible for the Vel d’Hiv,” referring to the July 16, 1942 roundup by French police of 13,000 Jews in Paris.

“I think that, in general, if there are people responsible, it is those who were in power at the time. It is not France,” Le Pen added.

The reason for the candidate’s outrageous revisionism, she explained, was that “we have taught our children that they had every reason to criticize France, to see only the darkest historical aspects perhaps. I want them to be proud of being French once more.”

Israel issued a statement condemning Le Pen’s bizarre message, which “contradicts the historical truth as expressed in statements by French presidents who recognized the country’s responsibility for the fate of the French Jews who perished in the Holocaust.”

President of the French Jewish Students’ Union Sacha Ghozlan called on the French to block the Le Pen candidacy and to prevent her “from sullying once again the honor of France and the memory of the victims of the Vichy regime.” 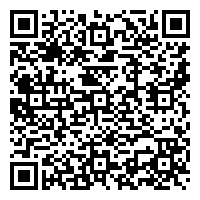