Liberman made the formal announcement Monday at noon, telling reporters at a news conference the impetus for the move was a disagreement over how the escalation of attacks from Gaza were being handled.

However, he made it clear he did not intend to leave the government coalition.

There have been sharp differences between the Likud and Yisrael Beytenu in how the Gaza situation should be handled, and Prime Minister Binyamin Netanyahu and Liberman have traded fierce words over the issue.

“The central objective of the government is to stop the firing on the communities in the south but the argument over the way to do this should not leak out of the Cabinet,” Netanyahu said Sunday during the cabinet meeting.

Apparently Liberman decided it was preferable to free himself to say and do what he pleases as an independent entity rather than be forced to cooperate with a policy he detests as part of a merged party with the Likud.

He has demanded a ‘harsh operation’ in Gaza and a similar response to end the Arab violence throughout Israel, citing his call for a need to silence the terrorist guns as his reason for ending his merger with the Likud.

In that he is joined by Bayit Yehudi (Jewish Home) party chairman Naftali Bennett, who has also been calling for a wide-scale operation in Gaza to silence the increasing rocket and mortar fire.

Although Prime Minister Binyamin Netanyahu warned Thursday that any escalation would be met with a fierce response the IDF has been forced to restrict itself to measured air strikes that target specific terrorist targets.

Sunday night and Monday morning nine terrorists were killed in Gaza, including seven in a smugglers tunnel along the region’s border with Egypt. It was unclear whether those seven were killed by the air strike, or whether they died due to a ‘work accident’ in which a bomb they were working on exploded prematurely.

IAF fighter pilots also killed two terrorists who were in the process of launching another rocket attack against southern Israel. They attacked a total of 14 targets in two waves of air strikes overnight.

Nevertheless, Hamas and other terror groups have continue to fire rockets, mortar shells and missiles at Israel and have slowly increased the range and number of projectiles they launch.

On Monday Gaza terrorists fired an anti-tank missile across the border at IDF soldiers patrolling along the security fence as well. 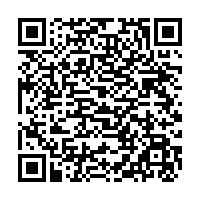