After intense discussions, the delegations of 72 nations voted unanimously to accept the declaration, with one exception. The United Kingdom did not sign the document, having expressed reservations and in any case, having attended as an “observer” only.

I) Following the Ministerial meeting held in Paris on 3 June 2016, the Participants met in Paris on 15 January 2017 to reaffirm their support for a just, lasting and comprehensive resolution of the Israeli-Palestinian conflict. They reaffirmed that a negotiated solution with two states, Israel and Palestine, living side by side in peace and security, is the only way to achieve enduring peace.

They emphasized the importance for the parties to restate their commitment to this solution, to take urgent steps in order to reverse the current negative trends on the ground, including continued acts of violence and ongoing settlement activity, and to start meaningful direct negotiations.

They reiterated that a negotiated two-state solution should meet the legitimate aspirations of both sides, including the Palestinians’ right to statehood and sovereignty, fully end the occupation that began in 1967, satisfy Israel’s security needs and resolve all permanent status issues on the basis of United Nations Security Council resolutions 242 (1967) and 338 (1973), and also recalled relevant Security Council resolutions.

They underscored the importance of the Arab Peace Initiative of 2002 as a comprehensive framework for the resolution of the Arab-Israeli conflict, thus contributing to regional peace and security.

They welcomed international efforts to advance Middle East peace, including the adoption of United Nations Security Council resolution 2334 on 23 December 2016 which clearly condemned settlement activity, incitement and all acts of violence and terror, and called on both sides to take steps to advance the two-state solution on the ground ; the recommendations of the Quartet on 1 July 2016 ; and the United States Secretary of State’s principles on the two-state solution on 28 December 2016.

II) The Participants highlighted the potential for security, stability and prosperity for both parties that could result from a peace agreement. They expressed their readiness to exert necessary efforts toward the achievement of the two-state solution and to contribute substantially to arrangements for ensuring the sustainability of a negotiated peace agreement, in particular in the areas of political and economic incentives, the consolidation of Palestinian state capacities, and civil society dialogue.

Those could include, inter alia:

– a European special privileged partnership; other political and economic incentives and increased private sector involvement; support to further efforts by the parties to improve economic cooperation; continued financial support to the Palestinian authority in building the infrastructure for a viable Palestinian economy ;

– supporting and strengthening Palestinian steps to exercise their responsibilities of statehood through consolidating their institutions and institutional capacities, including for service delivery ;

– convening Israeli and Palestinian civil society fora, in order to enhance dialogue between the parties, rekindle the public debate and strengthen the role of civil society on both sides.

III) Looking ahead, the Participants:

– call upon both sides to officially restate their commitment to the two-state solution, thus disassociating themselves from voices that reject this solution;

– call on each side to independently demonstrate, through policies and actions, a genuine commitment to the two-state solution and refrain from unilateral steps that prejudge the outcome of negotiations on final status issues, including, inter alia, on Jerusalem, borders, security, refugees and which they will not recognize;

– welcome the prospect of closer cooperation between the Quartet and Arab League members and other relevant actors to further the objectives of this Declaration.

As follow-up to the Conference, interested Participants, expressing their readiness to review progress, resolved to meet again before the end of the year in order to support both sides in advancing the two-state solution through negotiations.

France will inform the parties about the international community’s collective support and concrete contribution to the two-State solution contained in this joint declaration. 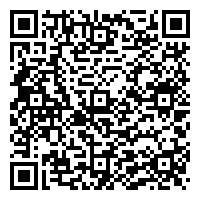