The windshield of an Israeli bus was smashed by Arab attackers on Sunday night near the Tekoa junction in eastern Gush Etzion.

The bus was traveling toward the Jewish community of Tekoa when the vehicle was pelted by a hail of rocks aimed by Arab terrorists hoping to kill or maim the driver and his passengers.


No physical injuries were reported.

A short time later, Hatzolah emergency service of Judea and Samaria reported a second stoning attack on the road aimed at Jewish drivers in the same area, struck as they passed by the nearby Arab village of the same name, Tuq’ua, near the Jewish community of Tekoa.

No one was physically injured in that attack either.

Stoning attacks along the roads near Tekoa have become increasingly common over the past year.

Less than six months ago, a five-year-old boy sustained a head injury in a stoning attack on the road between Tekoa and the junction leading to the Jewish community of Ma’ale Amos.

The child was injured by flying glass from the windshield which was smashed by rocks that were thrown at his father’s car by the terrorists. 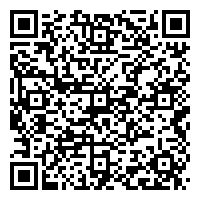