The Islamic Republic of Iran has received more than $10 billion in cash, gold bullion and assets from the Obama administration since 2013, according to reports by the Wall Street Journal, and the Washington Free Beacon.

The payments were made primarily to keep Iran at the negotiating table, to ensure that American hostages were freed and finally, to secure and keep the July 2015 nuclear deal in place. For most of the time U.S. lawmakers did not know the payments were to be made in cash, and the White House did not return calls from concerned members of Congress.


Iranian Foreign Ministry spokesperson Bahram Ghasemi was quoted by the Wall Street Journal as saying the amount of $10 billion just “scratches the surface” of the total paid to Tehran over the past several years.

According to the Washington Free Beacon, Ghasemi was quoted in Persian language reports independently translated for the news outlet as saying that figure was actually a “stingy” estimate. Cash, gold and other assets were transferred by Washington DC to Iran’s Central Bank, where they were “spent,” he said.

“After the Geneva conference and the resulting agreement, it was decided that $700 million dollars were to be dispensed per month” by the U.S., according to Ghassemi. “In addition to the cash funds which we received, we [also] received our deliveries in gold, bullion, and other things,” he said, Free Beacon quoted.

What’s important to remember in reading these figures is where this money goes when it’s “spent.” Iran uses these and other resources to fund its regional terrorist operations in the Middle East, and to support the military operation in Syria.

That means the Obama administration was indirectly funding the support of Hamas, Islamic Jihad and Hezbollah – and their attacks on Israel. 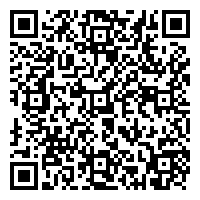