The Hamas organization accepted responsibility on Sunday for the digging of the “terror tunnel” exposed by the IDF a week and a half ago in the area between Kibbutz Ein Hashlosha and the Gaza Strip border.

It turns out the Hamas has a “military arm,” which is responsible for doing the bad things, while the “civilian arm” continues to receive donations from the nice folks in Europe. This way they make sure that the money donated to Hamas is only used to feed orphans and widows, all of them 100 percent victims of Israeli genocide.


On Sunday, a spokesman for the bad Hamas, a gentleman nicknamed Abu Ubaida, after a medieval Muslim language scholar (on account of the talking, you get it, right?), told the Hamas radio station in Gaza that the Hamas military force “dug the tunnel and were responsible for it.”

Abu Ubaida stated that the tunnel was dug in an attempt to kidnap an Israeli soldier or civilian, and use them to force Israel to release the remaining thousands of Palestinian prisoners in its jails.

Israel has established many times in the past that not only is it happy to negotiate with terrorist, but that it’s willing to give away the story. The going rate for 1,000 jailed Arabs is one captured Israeli.

In 2011, 1,027 Palestinian prisoners, who were collectively responsible for 569 Israeli deaths, were released in exchange for Gilad Shalit. The campaign to release him (see the girls below painting his portrait on the pavement) reassured Hamas that they don’t need to ever give up anything in negotiations, or recognize, not even on paper, the Jews’ right to live. All they need is to get them a succulent Israeli with good, middle class parents.

It should be noted that the IDF blamed Hamas for the tunnel as soon as it was discovered. It also blamed winter for rain, and summer for those long, hot days in August.

It should also be noted that the tunnel required some 500 tons of cement, which was produced in Israel and provided to the Arabs in Gaza for the explicit purpose of rebuilding their neighborhoods following the 2012 Operation Pillar of Defense.

It appears that the Arabs went ahead and used that precious cement to aggressive ends, rather than to construct their homes. In fact, the IDF estimated that an astounding 20% of Hamas’s annual budget goes into building terror tunnels.

This is astonishing, in light of the fact that they’ve never done anything like that before, and no one in Israel could have imagined this kind of treachery. This is a moral failure on the part of the bad Hams, and we certainly hope the good Hamas will give them a sound rebuke!

The tunnel, incidentally, was 45 feet deep in places, and looks like a mini subway tunnel, complete with a track and a small car that could be used to whisk away the kidnapped soldier, even as his or her parents are being called and urged to start organizing a mass grassroots movement to release a thousand murderers.

Prime Minister Benjamin Netanyahu congratulated the IDF for the discovery, saying it’s all part of Israel’s new, aggressive security policy, which is the reason why we’ve had the “quietest year in a decade” in Gaza, despite the rise in terrorist activity in recent years.

Of course, it could be that the reason the Arabs have been so quiet is that they’re all underground, digging up tunnels.

It’s interesting to note that the Egyptian Army has found a very effective way of securing its own border with the Gaza Strip: they caved in all the tunnels with bulldozers, then used the same bulldozers to raze a swath of several kilometers worth of buildings, creating a no man’s area where Arabs who dare to enter will be shot.

Could we contract the same Egyptians to fix our Gaza problem? 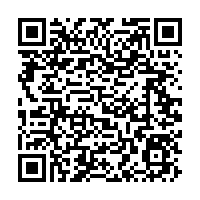