At the very last minute the House of Representatives is acting as if the house is on fire. Finally.

First, the House voted on Friday – the day after the Senate seemed to hand the President a victory – against the approval of the Nuclear Iran Deal. The vote was 269 to 162.


The House also acted on a bill which was introduced by Rep. Peter Roskam (R-IL) and Rep. Lee Zeldin (R-NY) on Wednesday, Sept. 9.

That bill, HR 3460, blocks U.S. President Barack Obama from in any way lifting sanctions on Iran’s nuclear program, or from releasing individuals from specially designated terrorist lists which would otherwise be released under the proposed terms of the Nuclear Iran Deal.

“The President must not lift sanctions on Iran to implement this fatally flawed deal. The leverage that brought the Iranians to the table was the sanctions relief. Negotiating away our leverage while leaving so much out of the agreement is a historic strategic mistake.

“Iran is the largest state sponsor of terrorism, actively working to overthrow foreign governments, while pledging to wipe Israel off the map and chanting Death to America in their streets. So much wasn’t even part of the negotiations, including Iran’s continued efforts to develop ICBMs, blow up mock U.S. warships and unjustly imprison American citizens, including a U.S. Marine, a Pastor and a Reporter.

“This is a fatally flawed deal that paves the path to worsening instability and turmoil in the Middle East and is on track to trigger a nuclear arms race in the region. Furthermore, Congress has not even received the entire agreement yet from the President, specifically the critical components of the deal that would outline the verification agreements entered into between the IAEA and Iran. The President says this deal is not based on trust; it is based on verification, but we don’t even know the full details of the verification regime. It’s unfortunate that some members of Congress choose party loyalty over national security. I also want to thank Congressman Roskam for his very thoughtful and determined effort with this noble cause.”

Congressman Roskam said, “This dangerous nuclear agreement is what happens when the Administration capitulates to the world’s leading state-sponsor of terrorism. Under no circumstances should Congress be complicit in giving Iran a $150 billion cash infusion to further fund attacks against the United States and our allies. That’s why today the House passed this important bill to prevent President Obama from lifting statutory sanctions against Iran under this deeply flawed deal. I want to thank Congressman Zeldin for his leadership on this issue critical to U.S. national security.”

The following is the text of the bill that was passed by the House on Friday, September 11.

A BILL To suspend until January 21, 2017, the authority of the President to waive, suspend, reduce, provide relief from, or otherwise limit the application of sanctions pursuant to an agreement related to the nuclear program of Iran.  Be it enacted by the Senate and House of Representatives of the United States of America in Congress assembled,

SECTION 1. SUSPENSION OF AUTHORITY TO WAIVE, SUSPEND, REDUCE, PROVIDE RELIEF FROM, OR OTHERWISE LIMIT THE APPLICATION OF SANCTIONS PURSUANT TO AN AGREEMENT RELATED TO THE NUCLEAR PROGRAM OF IRAN.

(a) IN GENERAL.—Notwithstanding any other provision of law, prior to January 21, 2017, the President may not— (1) waive, suspend, reduce, provide relief from, or otherwise limit the application of sanctions described in subsection (b) or refrain from applying any such sanctions; or (2) remove a foreign person listed in Attachment 3 or Attachment 4 to Annex II of the Joint Comprehensive Plan of Action from the list of specially designated nationals and blocked persons maintained by the Office of Foreign Asset Control of the Department of the Treasury. 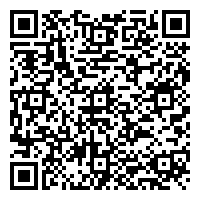