The “resisters of occupation in the occupied West Bank and Jerusalem” are spreading on Arab social media a frightening video demonstrating tactics on how to stab a Jew to death quickly and efficiently.

The 1-minute and 13-second video, as seen below, shows the “teacher” calmly walking up to a “victim,” stabbing him, and walking away.


One of the tactics appears to imitate the Islamic State of Iraq and Syria (ISIS) method of beheading.

The guide to killing Jews teaches that after stabbing the victim, the knife should be twisted to maximize wounds and cause death.

The Palestinian Authority and anti-Israel Arabs in Jerusalem do not need terrorist cells when “resisters” use social media to reach hundreds of thousands of Arabs in Jerusalem as well as in Judea, Gaza and Samaria, with a single simple post.

Israel needs to find the source of whoever posted this video and arrest him or them.

All of Israel is paying a heavy price, the price of life, for a decade of conducting “negotiations” with the Palestinian Authority while it has incited an entire generation to hate Jews and then murder them.

Until the Palestinian Authority halts all incitement, and until Mahmoud Abbas starts condemning terrorists in Arabic as well as in English, and until the Obama administration understands that Israel means what it says, the government needs to stop all contact with Ramallah.

Arab stabbing attacks on Jews have increased significantly this year, and every Israeli is a potential victim when “resisters” educate every Arab to be a murderer. 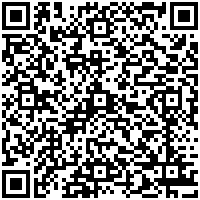