Naftali Bennett has released a new election video, and this one is annoying the Left even more than the last one – and he’s not apologizing for that either.

This video has leftwing journalists and pseudo-journalists upset because a well-known Israeli journalist, a secular journalist, mind you, announced his ideological positions and support for Naftali Bennett (I’m reminded of current Labor MK and former journalist Shelly Yechimovitch – but she didn’t get the Left upset at all).

Yinon Magal, a well-known, secular, senior Israeli journalist announced that when a million Israelis are forced to run to bomb shelters, when IDF soldiers are in danger and fighting deep within enemy territory, and when Israel is fighting an enemy – he is not objective – he is a Jew first and he is on Israel’s side.

Magal says he loves the People of Israel, the Land of Israel, and the Torah of Israel — if only that were the ethical and objective baseline for all Jewish and Israeli journalists, even the pseudo-journalists. 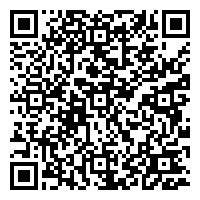