Two IDF battalions and two Border Patrol units from the Israel Police force were sent to beef up security Wednesday in Judea and Samaria, while Jewish towns raised their alert status.

The order by IDF Chief of Staff Lt.-Gen. Benny Gantz followed the sudden heart attack and death of a Palestinian Authority minister who was participating in clashes with Israeli soldiers at a village near the PA capital of Ramallah, in Samaria.


PA Minister of Settlements Ziad Abu Ein, formerly the entity’s Minister of Prisoner Affairs, collapsed during the violence. He died shortly after at a Ramallah hospital.

Regardless, Israeli pathologists from the Abu Kabir Forensics Institute in Tel Aviv will join with Jordanian pathologists to investigate the cause of death, the IDF said in a statement. It is not clear where the autopsy will take place.

It is expected that Abu Ein’s body will be laid to rest on Thursday, the day after he died of what appears to have been a heart attack.

Gantz’s decision to send more troops to the region came following an assessment made during a meeting with senior security chiefs.

Arabs began rioting in Kalandia Wednesday evening, according to a military source. The PA village is situated between Ramallah and Jerusalem and is a flashpoint for violence. It has become one of the “hot spots” where Arab demonstrations often spiral out of control.

But the entire country is on a moderate alert status in any case, due to the ongoing Arab violence that has been maintained at a simmer by both Israeli Arab agitators and those in the Palestinian Authority since the inconclusive end to this summer’s counter terror Operation Protective Edge.

Daily attacks against Israelis on the roads, in the Jerusalem Light Rail and elsewhere around the country has kept tensions high between Arabs, Jews and other Israelis . Among those “others” are the Druze who serve in the nation’s security forces, and who have also lost members of their community in the lethal Arab violence aimed at Israelis. 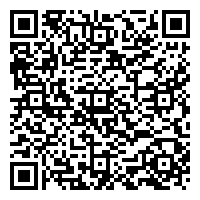