The IDF has imposed an indefinite general closure on the entire city of Hebron and its surrounding Arab villages in the wake of a wave of deadly terror attacks that claimed the lives of two Israelis and seriously wounded at least four others in less than two days.

All crossing and passage by Palestinian Authority residents in and out of the city and villages are now closed with the exception of military and humanitarian cases, according to the IDF.


A military spokesperson told the Bethlehem-based Ma’an news agency the closure is being implemented to “help foil and prevent future terrorist attacks.”

It is reportedly the greatest closure since 2014, when three Israeli teenage boys were kidnapped and then murdered by Hebron-based Hamas terrorists.

“The IDF is deploying two battalions to the area of Hebron,” IDF Spokesperson Peter Lerner added in a post on the IDF Facebook page. “The mission is to track down today’s attackers, disrupt, prevent and foil additional attacks.

Arab terrorists carried out a drive-by shooting at around 3:30 pm Friday afternoon (July 1), killing the administrator of the Otniel Yeshiva, Rabbi Miki Mark. The rabbi’s wife and two teenage children were also wounded in the attack, which occurred on Route 60 a few minutes south of Hebron, near the Arab village of Samua.

In response to that attack and the vicious stabbing murder of a 13-year-old girl while she was sleeping in her bed at home in Kiryat Arba on the morning prior (Thursday, June 30), Prime Minister Benjamin Netanyahu also ordered the government Friday to deduct Palestinian Authority payments to terrorists and their families from tax revenues collected by Israel and transferred to the Ramallah coffers. The Palestinian Authority transfers funds to terrorists by various laundering methods, Netanyahu noted; the more severe the acts of terrorism, the greater the amount of funds.

Lerner pointed out that more Israeli soldiers in and around the city of Hebron would mean a greater deterrent as well as a more effective fighting force against the terrorist stronghold.

“The deployment will be boots on the ground that pose a physical presence and deterrent that will operate in conjunction with intelligence in order to locate and bring to justice the terrorist cell that carried out today’s attack,” he wrote.

“The recent spike in attacks is a result of several components,” Lerner continued. “Historically the end of [the Islamic holy month of] Ramadan has always been more prone to attacks. Attacks that are a result of the inspiration of the perceived ‘success’ of previous attacks. The lack of condemnation of the brutal murder of Israelis by the Palestinian leadership and celebration of the attacks on social media,” Lerner noted bitterly, adding that he would continue to update readers on Facebook “as developments occur.” 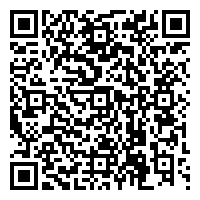