Soldiers of the elite Duvdevan unit captured the Palestinian Authority terrorists who firebombed the car in which 11-year-old Ayala Shapira was riding Thursday night.

Her condition has improved slightly but she still is in critical condition. Her father, who was driving, was lightly inured when the terrorists hurled the Molotov cocktail at their car near their outpost community of El Matan, located between Maaleh Shomron and Ginot Shomron in Samaria.

The arrest of the terrorists was reported here on Friday, but gag order on details of the arrest was lifted Saturday night. The IDF, working on intelligence information provided by the Israel Security Agency (Shin Bet), arrested two terrorists, one of them around 16 years old, shortly after the attack.

The terrorists are from the village of Azun, from where terrorists have carried out hundreds, and perhaps thousands, of rifle, rock-throwing and firebomb attacks on Jews driving on the main highway between Kfar Saba, on the northern edge of metropolitan Tel Aviv, and Jewish communities in central Samaria.

The terrorists confessed to the attempted murders of Ayala and her father.

They armed themselves with firebombs, waited on the side of the road and lit and threw the weapon when they saw the Shapira vehicle advancing.

They fled back to Azun and were arrested the same night following intense efforts by intelligence units. 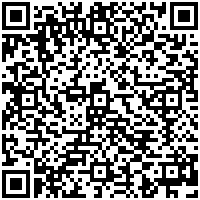