The Israel Defense Forces held a surprise military drill this weekend in Judea, Samaria and all territories won by Israel in the 1967 Six Day War.

The unannounced two-day exercise involved the mobilization of some 13,000 troops.


It was the first time in three years such a drill has been held.

The drill, held by Central Command, was intended to “test the army’s level of readiness,” according to IDF Chief of Staff Gadi Eisenkot.

Although the exercise was held on the same day the Palestinian Authority threatened to dissolve its security cooperation with Israel, an army spokesperson said the timing was “not necessarily linked to anything specific.”

Last month Israel stopped transferring tax funds it collects on behalf of the PA, after the entity violated the Oslo Accords and unilaterally declared itself an independent sovereign nation and joined world bodies, including the International Criminal Court at The Hague. In response, Israel began to apply the monies to the massive debt owed by the PA to the Israel Electric Company.

The PA followed up by threatening to halt security cooperation as well as other relations with Israel.

When reporters tried to pin her down on specifics, Psaki did not deny the report, offering more words without a straight answer. 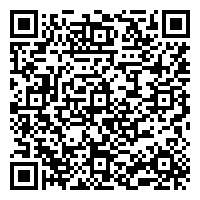