Israeli Prime Minister Binyamin Netanyahu arrived Sunday in Washington ahead of his scheduled appearances at the American Israel Public Affairs Committee annual convention, and subsequently before the U.S. Congress.

Netanyahu is expected to speak about the dangers of allowing Iran to achieve the ability to complete its creation of an atomic weapon.


“The White House did not want Mr. Netanyahu to give this speech,” at least three television networks said bluntly during newscasts on Sunday night. The Israeli leader was invited to speak to the Congress by House Speaker John Boehner, all news anchors noted.

Netanyahu has said he will make his case for stopping the Iranians from achieving their goal both at the AIPAC podium and again before the U.S. Congress on Tuesday. The issue is critical to Israel, which faces an existential threat if the deal currently on the table is signed by Tehran and world powers led by the United States.

During his speech to Congress, Netanyahu will reportedly reveal Israel’s knowledge of the details of the agreement on the table being discussed between world powers – led by the U.S. – and Tehran. A senior official traveling with the prime minister spoke with CNN, saying, “The prime minister is going to explain what they don’t know about this agreement is that it is a bad agreement.”

Netanyahu’s speech is seen as a last-ditch attempt to make America’s lawmakers understand the danger facing not only Israel, but their own nation and the rest of the world as well, before a March 24 deadline for inking any agreement with Tehran is reached. 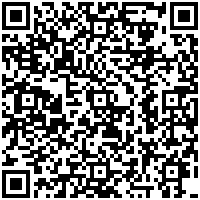