Israeli security forces and engineers destroyed the Hebron home of the Arab terrorist who murdered a Kiryat Arba resident on December 7, 2015.

Genady Kaufman, z’l, 40, was repeatedly stabbed in the chest by Abed al Rahman Masoudah, 20, as he carried out his vicious terror attack outside the Cave of the Patriarchs in Judea.


Kaufman was critically wounded barely a ten minute walk from his home in nearby Kiryat Arba. He died of his wounds three weeks later, after fighting for life in Jerusalem at Shaare Zedek Medical Center’s intensive care unit.

He was the 25th Israeli victim to fall under the current wave of terror.

The terrorist was immediately shot dead on site by security forces.

The question now is whether Iran will pay this terrorist’s family $30,000 for the destruction of its home, as recently promised. If so, how and when will that international sponsor of terror against Israel manage to channel the funds to the family? 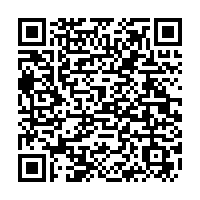