The moshav is located in the eastern Sharon plains, around eight kilometers south of Tulkarem.

Ahmed Tobah, 19, was spotted by IDF soldiers deployed in the area as he tried to penetrate the Samaria community’s security fence.

When soldiers approached to arrest him, the would-be infiltrator tried to stab them instead – and was immediately shot and killed on site. Tobah was allegedly a Palestinian Authority resident living in the Tulkarem area in Samaria.

No Israelis were wounded in the exchange. 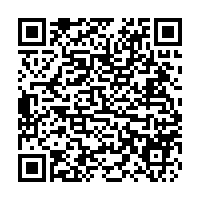