The IDF has released for publication the names of the IDF soldier and officer killed earlier today (Wednesday, Jan. 28) by Hezbollah in its attack near Mount Dov.

Sergeant Dor Chaim Nini, 20, an infantry soldier from Shtulim, was killed by an anti-tank missile fired at the jeep in which he was riding. He was posthumously promoted to the rank of Staff Sergeant.


Captain Yochai Kalangel, 25, a company commander in the Tzabar Battalion in the Givati Brigade, was a resident of Har Gilo. He was posthumously promoted to the rank of Major.

In addition, seven IDF soldiers were injured. Two are listed in serious condition and were admitted to Rambam Medical Center in Haifa. Five are in good condition with shrapnel wounds and broken bones and are currently recovering in Tzefat’s Ziv Medical Center.

The families of all the soldiers have been notified. May God grant a speedy recovery to the wounded and may He avenge the blood of those who were killed. 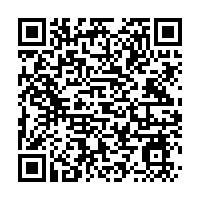