At least three terrorists are dead and approximately 9 others were injured in a targeted assassination by the Israeli Air Force in Gaza.

A missile pulverized the car in which the terrorists were traveling in the a-Nasser neighborhood of Gaza City. The Saturday night air strike followed a 24 hour period in which nearly 100 rockets and missiles were fired at Israeli civilians.


In a second air strike, a 12-story building in the Tel al-Hawa neighborhood collapsed, sending a cloud of black smoke and flames spiraling into the sky.

Residents of the building were warned to leave the building, which served as a base for Hamas operations, prior to the attack. IAF pilots fired a warning dud at the roof of the 48-unit building before the strike, reminding occupants to leave, according to police.

Two missiles blew up the building about five minutes later, which collapsed under the explosion.

Despite the warnings, at least 10 people were wounded according to local sources, including four children.

Over the course of the day, the IDF said it bombed some 60 terrorist targets throughout Gaza. Among those eliminated were concealed rocket launchers, weapons caches and terrorist operations facilities.

Terrorists rained rockets and missiles of varying ranges across the Israel throughout the day and into the night on Saturday. At around 10:30 pm, a missile reached as far north as Acco. No one was physically injured and no property damage was reported.

On Friday, a 4-year-old boy died when he didn’t make it to shelter in time to avoid mortar shelling by Gaza terrorists aimed at the Israeli border town of Nahal Oz. 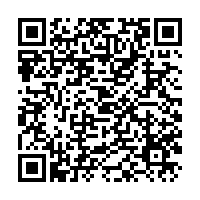