American Jewish leader Malcolm Hoenlein said on Friday that President Barack Obama’s immediate threat to veto Congressional rejection of the agreement with Iran shows he does not really want an honest discussion on ObamaDeal.

It is unfortunate that the president went public right away and said he would veto…. If he really wanted a discussion, why does he right away say he will use the veto, squashing discussion?


The President hit the ground running as soon as agreement was reached between Iran and the P5+1 powers this week. Threatening a veto is a major psychological weapon to deter Democratic senators from openly risking the loss of political leverage with the President by opposing the agreement and then going down to defeat because of a veto.

A Democrat who wants goodies for his constituents is going to think twice and thrice before turning his back on President Obama.

Hoenlein also said in the radio interview that “it will be hard to stop” ObamaDeal but “it is possible.”

He maintained that there is a consensus in the American Jewish community that there are many troubling aspects in the agreement.

Asked about the testy relationship between President Obama and Prime Minister Binyamin Netanyahu, Hoenlein said that it had little effect on the outcome of the deal. “I don’t think the fundamentals would have changed” if the relationship were warmer even if “maybe the tone would have been different.” he added. 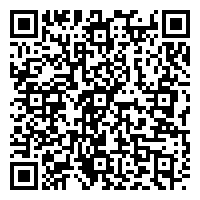