Former US envoy the Middle East Martin Indyk and US diplomat Dennis Ross proposed a “nuclear guarantee for Israel” on Tuesday at the Institute for National Security Studies (INSS) conference in Tel Aviv.

Apparently it has not occurred to either former diplomat that one cannot “guarantee” the behavior of a rogue Islamic Republic.


Indyk suggested a joint Israel-U.S. Nuclear defense agreement that he called a “treaty arrangement” to address Israel’s concern that Iran is about to cross a nuclear threshold.

The plan he suggested was similar to that proposed in 2000 by then-President Bill Clinton at Camp David.

Intended as a way to ensure Israel’s safety if Iran puts the Jewish State in the cross hairs, Indyk said, “It was approved then, and the U.S. president said if there is a deal, we’ll do this.”

Ross, who serves as counselor at the Washington Institute for Near East Policy, added that spot inspections of Iranian facilities must be implemented along with stricter protocols.

“You have to ensure that you can verify that a program that has a thousand or two centrifuges is dramatically less than what is required if you have tens of thousands and you’d have to come up with an approach that allows you a high level of confidence that you can cover that,” he said. “There should be use of force worked out with the Hill that says, ‘if we catch them in the following kind of violation, the implication is we will take out those facilities.’

“That would deter the Iranians, that would go a long way toward addressing one of the basic Israeli concerns,” Ross said.

Retired Israeli Brig.-Gen. Yosef Kuperwasser injected a breath of reality into the discussion, however: he said flatly that Israel is clear that Iran cannot be trusted on compliance. Period.

“They would not believe [the U.S.] really mean business and it would mean that they would continue to move forward – cautiously, but continuously,” he said.

U.S. Ambassador to Israel Dan Shapiro did what he could to pour oil on the troubled waters between his country’s administration and Israel over the Iranian nuclear threat. “The United States is determined to prevent [a nuclear Iran] and we will prevent it,” Shapiro vowed. “Our cooperation and consultations with Israel on this shared goal will continue, even at moments when we may disagree with one or another aspect of the approach.” 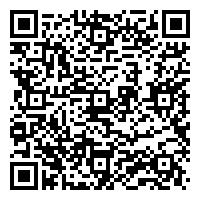