The United Kingdom held back from the Paris conference in more than one way on Sunday — and for good reason — making clear from the very start it had no intention of actively taking part in any international move against Israel.

Prime Minister Theresa May was careful to sent that message to both the Netanyahu government and incoming U.S. President-elect Donald Trump in her choice of delegates.


Number 10 Downing sent no senior government officials to the summit. Moreover, a UK Foreign Office spokesperson told the BBC that Britain attended the conference in “an observer status” – which led the UK to refrain from signing the joint declaration of the Paris summit as well.

The Foreign Office told the BBC the UK had “particular reservations” about a gathering “intended to advance peace between the parties that does not involve them.”

The timing of the event was also a major concern, coming just five days before the inauguration of President-elect Donald Trump.

Mr. Trump’s own senior advisers had expressed the same concerns, telling French officials a week ago the president-elect had “strenuous objections” to the conference, especially at this time.

However, the entire world felt quite free to take unilateral action in organizing and attending a conference to determine a way forward likely to jeopardize the current and future safety of Israeli citizens.

Ironically, those same delegates of 70 nations expressed deep concern late in the day over the possibility that Mr. Trump might feel equally free to relocate his own nation’s embassy after he enters office in accordance with his political campaign promises and beliefs on the matter.

The Paris summit did indeed end with a long declaration that began with a reaffirmation that insists “a negotiated solution with two states, Israel and Palestine, living side by side in peace and security, is the only way to achieve enduring peace.”

The declaration also demands the two parties restate their commitment to this solution…. “fully end the occupation that begin in 1967, satisfy Israel’s security needs and resolve all permanent status issues on the basis of UN Security Council resolutions 242 (1967), 338 (1973) and also relevant UNSC resolutions” – like the one passed last month.

In addition, the declaration “welcomed” the adoption of UN Security Council resolution 2334 and US Secretary of State John Kerry’s “principle on the two-state solution on 28 December 2016″ – which included his six-point plan for peace.

None of which are in the best national interests of the State of Israel, nor ever addresses or even mentions the systematic government-sponsored terrorist brain washing and programming from cradle to grave carried out by the Palestinian Authority, led by Mahmoud Abbas. Nor do they ever mention the system-wide glorification of terrorism and terrorists that exists throughout each and every school, camp, town, city and village in the Palestinian Authority. 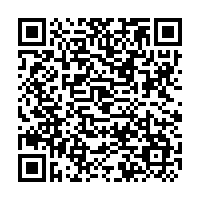