(JNi.media) Israeli Culture Minister can calm down, as can every Israeli who felt betrayed by International musical star Daniel Barenboim, who last week announced his plans to take the Berlin State Opera with him to Tehran in celebration of the nuclear deal with the Islamic Republic—Iran is not interested. Iran says it will not allow Barenboim to perform at a Tehran concert, Der Spiegel reported.

Iran will not allow the planned appearance of Barenboim in Tehran, because, as a spokesman for the Iranian Ministry of Culture said on Friday, “Iran does not recognizes the Zionist regime and will not cooperate with artists of this regime.”


The 72-year-old music director of the Berlin State Opera is an Israeli citizen, having immigrated from Argentina to the Zionist Entity at age ten. He also carries a Palestinian passport, committed as he is to “reconciling the warring communities in the Middle East conflict,” as Der Spiegel phrased it. In fact, Barenboim founded, in 1999, the West-Eastern Divan Orchestra, which consists of equal numbers of Israeli and Arab musicians.

But none of that impressed the cultural powers that be in Tehran. Never mind that German Foreign Minister Frank-Walter Steinmeier (SPD) has already given his sponsorship to the concert. In fact, Der Spiegel has even hinted that the Berlin orchestra is welcome to share its Western musical treasures with Iranian listeners—although Iran does not currently have an opera, or, for that matter, an opera loving audience, since the Islamic Revolution frowns on things like that—they just don’t want the Zionist.

It appears that Barenboim, who has conducted Richard Wagner’s music with the Israel Philharmonic Orchestra in the Palestinian Authority (even though Richard Wagner and Richard Strauss are not played in Israel because of their cultural connections to Nazism); performed at the Palestinian Bir Zeit University and in Ramallah; and conducted the “Orchestra for Gaza” in Gaza — has finally met his match. 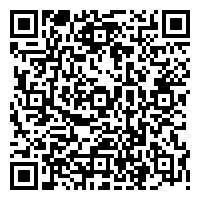