Iran continues to be enraged by the deaths of at least half a dozen Hezbollah terrorists and an Iranian general from an Israeli attack last week in Syria. The attack took place near Quneitra, on the Syrian-controlled side of the Golan Heights.

The Iranian Revolutionary Guards confirmed that a member of their force, General Mohammad Ali Allahdadi, was among those “martyred” by the Israeli operation.


In retaliation, as reported by Jerusalem Online citing an Iranian news source, a detailed plan has been uncovered that includes targeting for assassination the sons of Israeli Prime Minister Benjamin Netanyahu.

Jerusalem Online claims that the Mashark news site is “known for being in close relations with the [Iranian] Revolutionary Guards.”

Not only were the names of the current and former prime ministers’ sons disclosed as part of the alleged retaliatory assassination plan, but so were photos of the family members as well as information allegedly about their whereabouts and recent activities.

Both Hezbollah leaders as well as senior members of the Revolutionary Guards have been making explicit public threats about actions they will take to avenge the loss of their members in the strike by Israel.

Among Hezbollah’s dead was Jihad Mughniyeh and Mohammed Issa, a commander responsible for Hezbollah’s operations in Syria and Iraq. Mugniyah’s father, another terrorist commander, died in a 2008 car bombing. 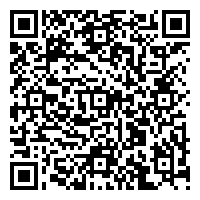