It turns out the sanctions the US has just imposed on the Islamic Republic are not doing the job, indeed, they seem to push the Iranian regime further down a path that could end badly for the entire region. Take for instance one Mojtaba Zonour, a former advisor to the Iranian Supreme Leader’s Representative at the Islamic Revolution Guards Corps (IRGC), now a senior member of the Iranian parliament’s National Security and Foreign Policy Commission. This man has never seen a game of chicken he didn’t keep going to the point of the inevitable clash.

“The US army’s fifth fleet has occupied a part of Bahrain, and the enemy’s farthest military base is in the Indian Ocean but these points are all within the range of Iran’s missile systems and they will be razed to the ground if the enemy makes a mistake,” Zonour declared Saturday night, according to Fars.


Then he added, as if on second thought: “And only 7 minutes are needed for the Iranian missile to hit Tel Aviv.”

Then, on Sunday, Commander of the IRGC Aerospace Force Brigadier General Amir Ali Hajizadeh told reporters, in the same joyous voice: “If the enemy makes a mistake our roaring missiles will hit their targets.” Also, as befits a mutated hero from a Marvel comic book: “Knowing the capabilities of our Armed Forces, I am to ensure you that foreign threats cannot do us any harm.”

The world media, as was to be expected, have been ganging up on President Trump for standing up to the madmen of Tehran. “Trump’s increasingly bellicose approach towards Iran […] by imposing a blanket travel ban, then putting Tehran ‘on notice’ after a ballistic missile test, as well as by reported plans of new sanctions, carries [the message that] Iranophobia is going to be his adopted weapon to distract attentions at home, appeal strongly to the US’s wealthy Arab allies who are already welcoming him as a moderate president, and please Benjamin Netanyahu,” the Guardian warned on Sunday.

In other words, all those silly sanctions on Iran are just a ploy to divert public attention from domestic issues, and to play footsie with the Saudis and Israelis. You won’t find much about the Iranian side threatening to blow up the Middle East, quite literally. What you find instead is gushing sympathy for all these Iranian students who can’t come to the US for the Spring semester on account of the Trump travel ban.

Reuters quoted an Iranian computer engineer who says, “I always wanted my two children to study in America. But the new government is just spreading hatred towards Iranians.” Still while fearing the economic downturn brought by the sanctions, Iranians remain “loyal and defiant,” according to the Reuters correspondent reporting from Ankara, Turkey. 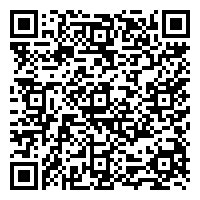