The Hamas terrorist rulers of Gaza have allowed the Islamic State (ISIS / Da’esh) terror organization to establish a media and propaganda center in the enclave, according to a report published this week by the U.S.-based Clarion Project, quoting the Times of Israel as its source.

Both Islamic State and Hamas in Gaza are coordinating their efforts to smuggle goods and contraband into the region via tunnels under the border with Egypt. Terror attacks carried out in the area of El Arish, in Sinai, were reportedly carried out using weaponry smuggled out of Gaza and into the hands of terrorists in the Sinai Peninsula.


But that’s a phenomenon that is not new, since supplies and medical aid to wounded terrorists have been moving via smuggler tunnels in the other direction for nearly a year, perhaps longer, according to the Israel Defense Forces; and Hamas has received a generous amount of arms, equipment, training and funds from Iran for years.

The Islamic State branch in the Sinai Peninsula, known as “Sinai Province” and which was formerly the local terrorist group Ansar Beyt al-Maqdis, originally linked to Al Qaeda, is known to be working closely with Hamas, an affiliate of the Muslim Brotherhood, which founded the Gaza-based terrorist group.

Both groups are committed to the ouster of the regime of Egyptian President Abdel Fattah el-Sisi, a former general of the Egyptian military who was elected in a democratic election that followed the a publicly backed, military overthrow of Muslim Brotherhood-backed President Mohammed Morsi after his first year in office. 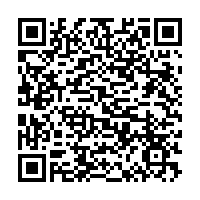