Israel and Turkey have both postponed meetings to appoint new ambassadors to each other’s countries.

The appointments were to be set at meetings scheduled for October 27, but those meetings have been cancelled in both nations, and according to a report on Israel’s Channel 2 television news, neither country has set a new date.


Palestinian Authority leader Mahmoud Abbas was in Ankara Tuesday for a meeting with President Recep Tayyip Erdogan, who has long been a firm supporter of the Hamas rulers of Gaza, opponents of the PA’s leading Fatah faction headed by Abbas.

The PA leader is in Turkey for a three-day visit, according to the country’s Hurriyet Daily News, which pointed out that the visit comes “as Turkey and Israel are preparing to appoint ambassadors to each other’s capitals in a final step in the reconciliation of bilateral ties.”

The hold-up may also be due to the fact that Foreign Ministry director-general Dore Gold resigned suddenly earlier this month. Although Yuval Rotem has been appointed to take his place, Rotem’s appointment has yet to be approved by the government and until that’s done, the ministry’s appointment committee can do nothing further.

The normalization process on the Turkish side also ran into a road block last week when a Turkish court suddenly refused to dismiss the legal case against members of the Israeli military who participated in the 2010 operation to redirect an illegal flotilla to Ashdod port, and away from Gaza.

The dismissal of the case constituted Turkey’s part of the reconciliation deal signed last summer with Israel. The Jewish State has already made good on its part by expressing its regret for the incident and paying $20 million in compensation to the families of the armed “activists” on the vessel who died after attacking IDF commandos. A number of the Israeli commandos were also seriously injured in the clash, some permanently.

Turkey and Israel came to an agreement together on allowing Ankara to bring humanitarian supplies to Gaza, and to plan construction of a hospital in the region.

But when it came time last week for the Turkish court to dismiss the case against Israel’s military commandos and other IDF officials, the court apparently refused to comply with the agreement. It’s not clear what measures are being taken to deal with the situation, and there is no mention of the diplomatic faux pas in the English-language Turkish media, which reported earlier in the month that Kemal Okem had been selected to become Ankara’s ambassador to Israel. Okem is a close associate of Turkish President Recep Tayyip Erdogan.

Israel has yet to choose its new ambassador. 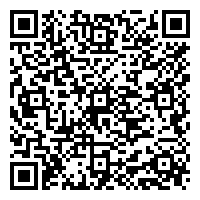