Minister Deri released a statement saying he exercised his authority to prevent these individuals’ exit in light of information he received that their departure would pose a threat to national security. The two Palestinians were allegedly planning to incite violence in Jerusalem as well as to meet with terrorists abroad.

Abu Sabih Sabih, a resident of Jerusalem who is a prominent Hamas activist and a leader of the Al-Shabab Al-Aqsa organization that aims to “defend” the Temple Mount from Jews and other non-Muslims, was planning to travel to Jordan.

As to Yasin Sabih, who is suspected of involvement in terrorist activity, Israeli security suspected that he would present a national security threat outside Israel. There was also concern that his departure from the country would be used to promote unrest in Jerusalem, as well as in Judea and Samaria, via the al-Hirak al-Shabab youth movement.

The ban will hold for at least one month and may be extended to as long as six months. 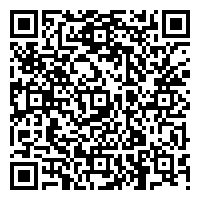