The heavens held a surprise for Israel on Tuesday, a Land which is usually blessed with “rain in its season” on the first night of the holiday of Sukkot.

Lightning lit up the skies in northern Israel during the afternoon on the second day of Rosh Hashana instead, with hail falling in some places, including the Galilee and the Golan Heights.


By nightfall, there was thunder and lightning and a downpour across Israel’s Judean and Negev deserts, with flooding reported in the Bamim and Nekarot rivers in the south.

Police warned drivers to watch out for flash floods on the highways along the Arava heading towards Mitzpe Ramon and Eilat.

Rain is expected to continue into Wednesday night, and the forecast includes a drop in temperatures by early next week. 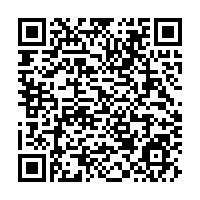