Suspected Arab rock throwers have murdered a Jewish Israeli motorist as he was driving late Sunday night in the southern Jerusalem neighborhood of Armon Hanatziv.

Prime Minister Binyamin Netanyahu has called an “emergency meeting” of the Security Cabinet to discuss the upswing in Arab rock-throwing and firebombing attacks.


“The prime minister views with great severity the phenomenon of rock-throwers and throwers of firebombs at Israeli civilians and intends on combating this using all measures, including the stepping up of punishments and enforcement,” said a government official.

Alexander Leiblovitch, 64, was driving the vehicle when it was hit by a barrage of rocks and careened out of control, striking an electricity pole at around midnight.

“The driver who was involved in the accident… apparently as a result of rock-throwing … died at Hadassah Ein Kerem Medical Center,” she told media.

Two other passengers were also injured in the crash, albeit less seriously. The group was returning home from a celebration to mark the start of the Jewish New Year, Rosh Hashana. 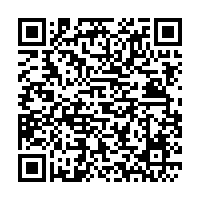