America’s newest nuclear “peace partners” are showing their mettle with a video presentation released on the eve of the Jewish New Year, via the official Twitter account of the Supreme Leader, Ayatollah Ali Khamenei.

The video is a direct threat to the United States, entitled, “If any war happens. . . “

The video has flashing lights intended to imitate bomb explosions and contains images of Iranian bombs raining down on a U.S. battleship.

It begins with footage of U.S. President Barack Obama saying, “We could knock out their military with speed and dispatch if we chose to.”

The scene quickly moves to weaponry, with a Persian-speaking narrator.

“A US official has said that he can destroy Iran’s army. I do not want to say anything more in this regard,” the narrator says. English-language subtitles are shown below as well.

“Our predecessors used to call such statements, ‘boasting among strangers.’ If those who will hear this statement want to know the truth and if they are willing to use their experiences correctly,” he continues.

“We neither welcome nor begin any war. They must know that should any war break out, one who will emerge humiliated out of it will be invading and criminal America.”

The Twitter address for the video is listed as “Khamenei.ir” at the end of the presentation, which shows U.S. soldiers returning home in coffins.

The president of the United States has reiterated his faith that the terms of the nuclear agreement negotiated by Secretary of State John Kerry and signed by five other world powers will not be violated by Iran. The Islamic Republic strongly supports the existence of three terrorist organizations who have committed themselves to the destruction of the State of Israel: Hezbollah, Hamas and Palestinian Islamic Jihad.

If Iran shares its nuclear technology with members of any of these terrorist groups, Israel will be forced to defend itself, thus placing the United States, Israel, the UK, France and/or Germany in the unenviable position of having to fight their own ally.

Precisely the scenario Iran — and certainly its terror proxies — probably hoped for.

Hat tip to to the Gateway Pundit Blog! 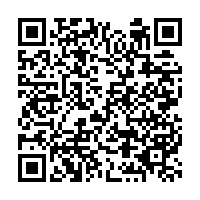