Israel and the Gulf States may not agree about issues regarding the Palestinian Authority, Hamas and how to deal with Arab terrorism — but everyone in the region worries about how to stop Iran from creating a nuclear weapon.

Iran has declined to respond to questions from the UN’s International Atomic Energy Agency about its nuclear program’s “possible military dimensions.” IAEA chief Yukiya Amano warned on Friday, “We cannot provide assurance that all [nuclear] material [in Iran] is for peaceful purposes… What’s needed now is action,” he added.

“Iran’s refusal to disclose its nuclear past casts a heavy shadow over the future,” Steinitz said bluntly. “Amano’s grave words indicate, in fact, Iran’s first violation of the interim nuclear agreement [of last November.] Signing a final agreement under these conditions would be a reckless act that world powers must avoid.

The prospect of achieving any concrete progress towards that goal by the November 24 deadline for a diplomatic deal is dim at best in any case.

“Failure to conclude a solid agreement that prevents nuclear proliferation could have serious consequences, not only in our region, but far beyond,” commented Answar Gargash, United Arab Emirates minister of state for foreign affairs over the weekend. “We must consider it crucial that any future agreement with Iran on the nuclear file be air-tight.”

Israel’s Prime Minister Binyamin Netanyahu has said the same for years, noted Defense News, quoting his oft-repeated warning, “No deal is better than a bad deal.”

Emily Landau, senior research fellow and head of the Arms Control and Regional Security Program at the Institute for National Security Studies in Tel Aviv is equally direct.

On October 29, Landau told Defense News, “Now is the time to apply massive pressure. I hope at some point the international community will wake up to the fact that Iran has absolutely no interest in getting a good deal.”

U.S. officials don’t seem to be getting the message, however.

Even when a former American diplomat who has dealt with Iran in the past is the one delivering the news.

Dennis Ross led State Department talks with Iran under former President George H.W. Bush. He has urged the West to resist giving in to Iranian pressure for concessions in order to ensure that some deal is closed.

“It’s no accident that hardly anyone involved inthe Iranian nuclear negotiations has expressed optimism about meeting the November 24 deadline,” Ross wrote in an analysis for the Oct. 16 edition of Foreign Affairs. He listed numerous concessions already won by Iran in talks with the West, simply by holding out and continuing with negotiations, despite numerous ongoing violations.

Whether the Obama administration will hold firm and put the brakes on the current bleed taking place on the sanctions formerly imposed on Iran is anyone’s guess. But unless international powers reassert their authority and put the economic bite back into the sanctions that were already approved by the United Nations and their individual governments, it will soon be too late to do very much at all. 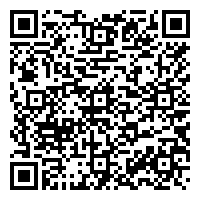