Israel’s security cabinet voted unanimously at an emergency meeting in Jerusalem Monday night to hold the Palestinian Authority responsible for any harm to the security of Israel originating from Judea, Samaria or Gaza.

The cabinet issued five specific decisions in a communique issued at about the same time a PA Arab terrorist opened fire at a group of IDF soldiers near Tapuach Junction in Samaria (Shomron). The attack followed an attempted suicide bombing at the same site — miraculously foiled — just three days ago.

1. To continue acting in accordance with its April 24, 2014 decision not to negotiate with a PA government backed by Hamas, a terrorist organization which calls for the destruction of Israel; and to respond to unilateral Palestinian action with a series of measures;

2. To act, including in the international arena, against the participation of terrorist organizations in elections;

3. To authorize the Prime Minister to impose additional sanctions on the Palestinian Authority;

4. To hold the Palestinian Authority responsible for all actions that harm the security of Israel which originate in Judea, Samaria and the Gaza Strip; and

5. To form a team to consider ways of action given the new reality that has been created and ahead of diplomatic and security situations that will be created in the future.

“This is the direct continuation of Abu Mazen’s policy of refusing peace. While Israel has carried out courageous and painful steps on behalf of the diplomatic process and continues to be committed to peace, Abu Mazen has refused to extend the negotiations, has rejected the American framework document, continues to incite against Israel, has unilaterally acceded to United Nations treaties and has now forged a pact with the Hamas terrorist organization.

“Abu Mazen has forged a pact with the Hamas organization, which is responsible for the murder of over 1,000 innocent Israelis and the firing of thousands of missiles at Israeli cities.

“In recent days, the leaders of the Hamas terrorist organization have reiterated their commitment to the path of terrorism and to the elimination of the State of Israel.

“The agreement with Hamas makes Abu Mazen directly responsible for the terrorism emanating from Gaza.

“The State of Israel will not conduct diplomatic negotiations with a Palestinian government with backing from Hamas, a terrorist organization that calls for the destruction of Israel.”

Meanwhile, the U.S. State Department confirmed to reporters on Monday that it had decided it would indeed work together with the new PA unity government after all.

“Based on what we know now, we intend to work with this government,” said State Department spokesperson Jen Psaki at a briefing with reporters.

“We will continue to evaluate the composition and policies of the new government and if needed, we will recalibrate our approach.”

She added that the U.S. would continued to provide financial aid to the PA and would judge the new government “by its actions.” 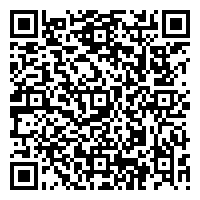