Eleven Israelis and 28 others, including 13 foreign nationals, were also wounded in the attack.


Two of the deceased are dual U.S.-Israeli citizens.

“The attack in Istanbul tonight proved once again that the international community must work together against terror organizations,” Davutoglu wrote. “I send my condolences to the Israelis who lost family members in the attack in Istanbul and wish a speedy recovery to the wounded Israelis.”

A ZAKA delegation left for Turkey along with two planes, one from Magen David Adom, the other from the IDF, to bring the wounded and deceased Israelis home to Israel from Istanbul.

Netanyahu received updates during the day about what was happening in Istanbul, he told media from the situation room at the Foreign Ministry.

“We can say with certainty that, sadly, two Israeli citizens were killed. It could be that there is a third victim. The two families have been updated; I send them condolences on behalf of the entire Jewish people. There are approximately eleven people who were wounded, the degree of their injuries varies, and we are dealing with them. I directed the dispatch of two planes – one from MDA and one from the IDF – in order to bring them, and the deceased, of course, back to Israel.”

Netanyahu added that he has asked the Turkish authorities to allow Israel to increase its presence in the country.

This evening there will be approximately 15 of our representatives in Istanbul; the Foreign Ministry Director General is on his way there. We are in contact with the Turkish government. The Foreign Ministry Director General spoke with his Turkish counterpart and, naturally, we are trying to clarify things in the intelligence sphere. We currently have no confirmation that this terrorist incident was directed at Israelis.

“We know that there are those who have yet to make contact; we are trying to locate them. At the moment it does not seem that they were part of this event but things will certainly become clearer later on.

“Foreign Ministry personnel, including those here in the situation room, are working constantly and will work around the clock in order to bring the people back to Israel and in order to give full support at this difficult time.

“I am certain that all Israelis join me in the hope for recovery for the wounded and in expressing condolences to the families of those who were murdered.”

Turkish officials said earlier there was evidence the suicide bomber, Savaz Yildiz, 33, from the Turkish city of Adana, may have been a Da’esh operative with the ISIS terror organization. 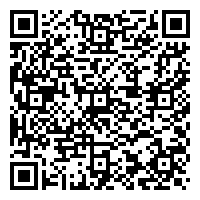