“The United States condemns in the strongest possible terms today’s terrorist attack in Istanbul, Turkey. Two American citizens were among those killed in this heinous attack,” National Security Council spokesperson Ned Price said in a statement.


“Our thoughts and prayers go out to the families and loved ones of those killed, and we wish a speedy recovery to those injured.”

A third Israeli and an Iranian citizen were both killed in the attack, along with the suicide bomber, Savaz Yildiz, 33, a resident of the Turkish city of Adana who was reportedly known to the authorities.

Istanbul Governor Vasip Sahin said the explosion occurred outside a local government office on Istiklal Street, where numerous foreign consulates are located. The area is also dotted with many cafes and restaurants.

The U.S. State Department also condemned the attack in a statement released by spokesperson John Kirby.

“The United States strongly condemns the terrorist attack today on Istanbul’s Istiklal Avenue. We extend our deepest condolences to the families of those killed and our hopes for a quick recovery for those wounded,” the statement read.

“We will remain in close touch with Turkish authorities during the investigation. The United States stands in solidarity with our NATO Ally Turkey in combating the common threat of terrorism. This vicious attack is the latest in a series of indefensible violence targeting innocent people throughout Turkey – Turkish citizens and international visitors alike. These acts of terrorism only reinforce our determination to support all those across the region working to promote peace and reconciliation,” the statement said.

NATO Secretary-General Jens Stoltenberg condemned the attack in a written statement saying there can be no justification for terrorism. He said, “NATO allies stand united with Turkey, determined to fight against terrorism.”

French Foreign Minister Jean-Marc Ayrault also condemned the attack. “I strongly condemn this despicable and cowardly act that has caused the death of several people,” Ayrault said in a statement, adding Paris stands in solidarity with Turkey.

This past Wednesday Germany had closed its consulate and school in Istanbul due to credible security threats. 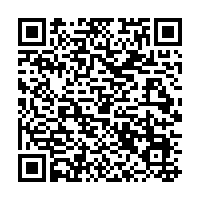