More than 260 are known dead, including at least 60 children in Mocoa, Colombia, after an avalanche of floods and mud came down on residents of the town.

Our teams are on standby to go to #Mocoa #Putumayo, #Colombia after more than 154 were killed by mudslides and flashfloods. #humanitarian


Many more are still missing in the aftermath of a nightmare that came crashing down on the South American city of 40,000 as it did as people slept Friday night and early Saturday morning in southern Columbia.

The devastation is massive, with search and rescue teams digging through the dense mud and debris with their bare hands, still battling on Monday to find survivors of the massive flooding from three of the six rivers that surround the city. The mud from the rivers had simply flowed along with the water and essentially buried the city while its residents slept.

Carlos Ivan Marquez, director of Colombia’s National Unit of Disaster and Risk Management, told ABC News, “We do not like to create false expectations but where there is a possibility of life we will do everything possible.”

Emergency response teams from the IsraAID organization have been on standby to fly aid to the residents; they’re preparing to bring food, water, hygiene supplies and medical care.

Israeli emergency aid teams from the IsraAID organization are in Peru helping residents get back on their feet after a set of devastating natural disasters struck their nation last month. 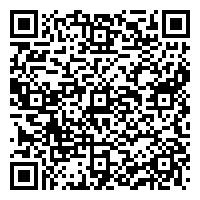