Nothing, of course. Unless you subscribe to the pseudo-academic concept of interesectionality.


Intersectionality – the radical academic theory according to which all forms of social oppression are inexorably linked – has become a code word for anti-American, anti-Western, anti-Israel and anti-Semitic bigotry. Nowhere has adoption of this radical paradigm been more pronounced then on college campuses, where – in the name of “identity politics” and “solidarity” – artificial coalitions are formed among causes that have nothing to do with each other except a hatred for their fellow students who are “privileged” because they are white, heterosexual, male and especially Jewish.

Students at the University of Illinois (UIC) recently took to social media to express their distress, after flyers were plastered around campus calling for the “end of Jewish privilege.” The flyer stated in bold letters that: “Ending white privilege starts with ending Jewish privilege.” The posters had outlines of silhouettes with Stars of David printed on their chests and an arrow pointing to them with the accompanying caption: “The 1%.” Although some of the posters identified Black Lives Matter as sponsors, it isn’t clear whether they were distributed by extreme right-wing groups using hard-left antisemitic tropes or by hard-left antisemites. In some respects, it doesn’t really matter, because many on the hard-right and hard-left share a disdain for Jews, their nation state and so-called “Jewish privilege.”

The very concept of “privilege” – the idea that white people benefit from certain privileges in Western society, compared to non-whites living in the same social, political and economic environment – has a long and complex history in the United States. The subjugation of black Americans, and other non-whites, is an endemic problem that requires far-reaching legislative and grassroots action. By attributing this domestic social problem to so called “Jewish privilege,” radicals are engaging in traditional economic anti-Semitism: attributing far-reaching societal problems to Jewish status, occupation or economic performance.

This practice resembles the vile anti-Semitic propaganda splashed across Der Spiegel in the 1930’s, which blamed Jews – and so-called disproportionate Jewish wealth – for Germany losing WWI and its subsequent economic downturn. Canards about Jews controlling world finances – first promulgated by the Tsarist forgery, the Protocols of the Elders of Zion – were anti-Semitic back then and are still anti-Semitic today, whether espoused by the extreme Left or Right. There is no more evidence that Jews are responsible for economic or social inequality in contemporary America than there was that Jews were responsible for any of the other crimes that formed the basis for traditional blood libels. Indeed, Jews disproportionately support racial equality and other liberal causes. Most successful Jews, like most successful people of other religions and ethnicities, earned this success by hard work, not special privilege. I certainly didn’t begin life with any privilege; indeed, despite finishing first in my class at Yale Law School, I was rejected by all 32 of the law firms to which I applied.

The linking of unrelated “victimizations,” despite their tenuous connections, is reflective of a broader trend in hard-left politics, whereby increasingly radical activists demand that the demonization of “Zionists” – often used as a euphemism for Jews – be included, indeed featured, in the package of causes that must be embraced by anyone claiming the label of “progressive.” Lumping seemingly disparate groups under the “umbrella of oppression” leads to the forming of alliances between causes that, at best, have nothing to do with each other and, at worst, are adverse to one another’s stated mission. Their only common feature is that in order to join, they must demonize the nation state of the Jewish people.

Some intersectional feminists involved with the recent Women’s March on Washington, for example, purport to be natural allies with anti-Israel Muslim groups that tolerate, if not accept, the “honor killings” and genital mutilation of women. Similarly, Jewish Voice for Peace (JVP) – an organization that calls for “an end to violence against civilians; and peace and justice for all peoples of the Middle East” – invited Rasmea Odeh, a member of the Popular Front for the Liberation of Palestine (PFLP) and convicted terrorist, to appear as a speaker at its national conference later this month. The idea of Odeh – a terrorist who quite literally has blood on her hands – speaking for a Jewish organization that claims to propagate peace flies in the face of logic. Fortunately, Odeh is being deported for perjuriously failing to disclose her murder conviction. I guess the peace-loving members of JVP will have to applaud her on Skype.

The following are among many examples of radical leftists conflating unrelated grievances. Consider the linking of our government’s handling of the Flint water crisis to the “severe” water crisis in Gaza. Black Lives Matter activists have visited Gaza to express solidarity with the terrorist group Hamas and with Palestinians oppressed by so-called racist Israeli self-defense measures. While Black Lives Matter claims to disavow violence in securing its political objectives, many of its most prominent members are far more eager to criticize the “Israeli genocide of Palestinians” than to criticize Hamas for using rockets to target Israeli civilians.

During a recent interview on PBS’ “Charlie Rose Show,” Jonathan Haidt – social psychologist and professor of ethical leadership at New York University’s Stern School of Business – had this to say about the conflation of various left-wing causes under the banner of intersectionality:

…There is a good kind of identity politics, which is, you know, if black people are being denied rights, let’s fight for their rights, that’s the good kind. But there is a bad kind, which is to train students, train young people to say let’s divide everybody up by their race, gender, other categories. We’ll assign them moral merit based on their level of privilege [which] is bad, and victimhood is good. Okay, now let’s look at everything through this lens. Israel, the Palestinians are the victims. So therefore, they are the good and the Jews or the Israelis are the bad. And then you get – and then that, so there is one totalizing perspective. All social problems get reduced to this simple framework. I think we are doing them a disservice. I think we’re actually making students less wise.

There is a certain irony of many feminists and gay-rights activists refusing to condemn the sexism and homophobia in the Arab world. Increasingly, they try and force other progressives to adopt a “No True Scotsman” worldview, in which they are made to feel that to be a “true progressive,” one must embrace a wide variety of so-called hard-left causes, regardless of how unrelated they may be – as long as they also condemn Israel.

The essence of anti-Semitism is the bigoted claim that if there is a problem, then Jews must be its cause. Hitler started by blaming Jews for Germany’s economic downturn. Today, many hard-left activists explicitly or implicitly blame Jews and Zionists for many of the evils of the world. All decent people must join in calling out intersectionality for what it is: a euphemism for anti-American, anti-Semitic and anti-Israel bigotry. Exposing and condemning “intersectionality” for the bigotry that it represents is critical to ensuring that those repressive extremists who falsely claim the mantle of progressivism are not able to hijack important liberal causes in support of their own bigoted agenda. 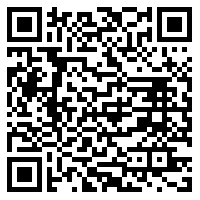