Israeli emergency aid teams from the IsraAID organization are in Peru helping residents get back on their feet after a set of devastating natural disasters struck their nation last month.

Hundreds of thousands of people are homeless, thousands are still missing and thus far at least 100 are known dead, though it’s still unknown exactly how many have died in the wake of massive mudslides and floods that struck Peru just two weeks ago.


The downpours which caused the disaster were triggered by a sudden, abnormal warming of the Pacific waters off the coast of Peru, and the rains are expected to last another two weeks. There are fears that contaminated water supplies may cause a disease epidemic.

Residents have desperately been working to come to grips with the new reality, retrieving what few things they can from the wreckage, searching for their loved ones and laying to rest those who are no more.

Now, after more than two weeks of struggling to survive, looking for food, water and shelter solutions, the schools that are still standing are about to reopen in Peru.

“This is a key moment in any crisis and IsraAID and the teachers in Carapongo planned the first encounter with the children, and designed a safe environment for them to return to with the help of our Back to School kits,” said an IsraAID spokesperson.

“Schools are the center of the community, they bring together children and teachers, along with parents, community leaders and youth. We believe that once the schools reopen, the entire community can revive,” added a representative of the ministry of education.

It’s also an opportunity to empower the teachers as they look to build the resilience of the children.

“In the floods my house got washed. we are now managing in a tent, my brother lives in the north of the country where the connection is still bad… I am very worried about him… But at this point we have to be strong, for the sake of our children,” said Alexandra, a teacher for elementary in Carapongo.

IsraAID is continuing to work with communities affected by the #Perufloods, combining short term relief with a long-term perspective, with the support of the Israeli embassy in Peru and the Jewish community. Included in the IsraAID teams are clinical social workers as well as experts in the fields of water, sanitation and hygiene.

Meanwhile, Israeli emergency search and rescue teams are also waiting on standby to fly to Mocoa and Putumayo in Colombia, where the death toll is still rising following mudslides and flash floods in that Latin American country as well.

Both Peru and Colombia have had diplomatic relations with Israel for decades. 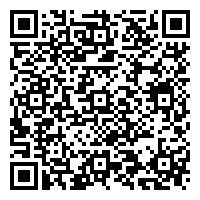