Haifa (TPS) — Iman Kanjo, a 44-year-old teacher from the Arab town of Shfaram in northern Israel, was sentenced on Tuesday morning to 22 months in prison for attempting to join the Islamic State terrorist organization, also known as ISIS.


According to the indictment filed at Haifa District Court, Kanjo, an Israeli citizen, mother of five and a doctoral student in Islamic studies, intended to use her educational background to teach Islamic State’s extremist Sunni ideology, which centers around sharia (Islamic religious law) and jihad (holy war), to the young generation of the group’s combatants.

The indictment states that Kanjo went to Turkey with her father in August 2015 for a family trip and then disappeared.

On discovering that Kanjo was missing, her father told her husband in Israel, and her husband contacted the authorities. A cooperative effort by the Israel Police, the Shin Bet, and the Turkish authorities found that Kanjo was attempting to cross the border into Syria to join Islamic State. She was caught and arrested by the Turkish authorities along with some 30 other people from around the world who were attempting to join Islamic State as well.

Kanjo was taken back to Israel and put under arrest at Ben-Gurion Airport. She was indicted in September 2015.

During her interrogation by the Shin Bet, Kanjo revealed that for years she had wanted to live under a strict Islamic regime such as Islamic State. She began sharing updates from ISIS on Facebook and Twitter, and made contact with an operative who told her that he could help her enter Syria.

Kanjo has no previous criminal record, and her family knew nothing of her plans. In addition to the 22-month prison term, the judges gave her a one-year suspended sentence and a fine of 30,000 shekels (approximately USD 7,800). 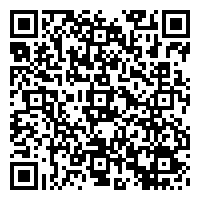