An Israeli geneology firm has revealed the two opposing frontrunners in the U.S. presidential election campaign are genetically related.

The Geni.com subsidiary of ‘MyHeritage’ traced the genetic ancestry of the two American presidential contenders, and discovered they’re both descendants of the British monarchy.


Both GOP candidate Donald Trump and Democratic candidate Hillary Clinton are descendants of the romantic liaison between the fourth son of King Edward III, John of Gaunt, Duke of Lancaster, and his mistress.

Television host and comedian Bill Maher claimed in a 2013 satirical routine on NBC’s “The Tonight Show” however that Donald Trump is descended from orangutans.

Some 81 million registered users around the world avail themselves of the company’s services, which include a platform to help construct a family tree.

David Friedman’s ‘The Abraham Accords’ Comes to Life, and the Big Screen, at Gala Jerusalem Premiere 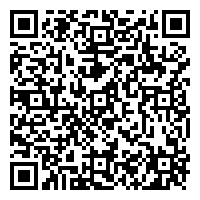