Early Tuesday morning, IDF engineers backed up by Border Guard Police officers demolished the homes of two terrorists who carried out attacks against Israelis on November 19.

One of those demolished was the home of the killer who stole the lives of Rabbi Yaacov Don, Ezra Schwartz and Shadi Arfa, an Arab pedestrian, in a shooting attack at the Gush Etzion junction. Seven others were wounded in the attack.


Raed Masalmeh, 36, a resident of the Arab village of Dura (south of Hebron) confessed to the attack at the Panorama. He was indicted for the murders in the Tel Aviv District Court. Masalmeh had been issued a permit to work in Israel only four days prior to the murders, having no prior record of previous security-related activity.

The other demolition was a response to the murders of Reuven Aviram and Yisayev Aharon, who were stabbed to death at the Panorama Building in Tel Aviv. Two others were wounded.

Mohammed Abdel Basset al-Kharoub, 24, in the Arab village of Dayr Samet (west of Hebron) opened fire from inside his vehicle with an Uzi submachine gun. When he ran out of bullets he drove towards the junction and rammed into a car. Both police and IDF soldiers confirmed it was al-Kharoub who committed the murders.

Although recently such demolitions have been taking place almost immediately following terrorist murders, these two came much later due to appeals by the family members that were held up in court. Last week, the High Court of Justice rejected the appeals of the family members of the two terrorists, requesting the demolition orders be nullified.

In the case of the second terrorist, the family had appealed on the grounds the attacker was mentally unstable. However, the panel of judges ruled the motivation of the terrorist was not an issue of mental health but rather one of nationalistic desires – and that indicated mental competence. “From the evidence presented by the Israel Prison Services, there is no record of an active or effective psychiatric condition,” the judges said. 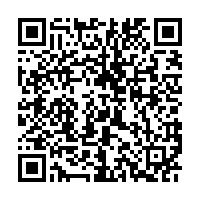