The most striking response to the tragic expulsion of the Jews of Amona Wednesday belonged to Abd Rahman Abu-Saleh, the Mayor of the Arab town next-door to Amona, Silwad (birthplace of Hamas leader Khaled Mashal), one of the petitioners to the Supreme Court against the alternative-housing plan, who said, according to a Channel 2 News’ Gal Berger tweet: “The only solution for the Amona evacuees is to return to Europe, where they cam from.”


Yes, that was revolting, but at least it wasn’t a lie – that’s how the gentleman really felt, which is, presumably, consistent with the way the majority of the Muslim Arabs living between the Jordan River and the Mediterranean Sea feel, deep down.

The more revolting response to the travesty of Amona’s destruction by the court came from the flagship newspaper of Israel’s left, Ha’aretz, which ran an op-ed by an 83-year-old Arab woman named Maryam Hamed, also a resident of Silwad, with the headline: “I’ve Already Prepared Wheat and Lentils for Sowing.” She related her memories of her father who used to till the lands up there, before the “settlers” came and took away everything.

“What I’d like to do is to come out of the house and happily hand out candy to all the people in the village,” Hamed writes. “I want to hand out candy to people because I’m about to return to my land. To go back work it again. I want to share this special moment with my family and neighbors. It makes me so happy, I’m almost soaring with joy.”

The story, whether true, partially true or entirely fiction, is accompanied by a picture of the joyous lady, distributed by the Yesh Din NGO for whom Wednesday was a day of enormous victory. After decades of utilizing millions in donations from the European enemies of the Jewish settlement enterprise, they finally managed to destroy several hundred Jewish lives, and then made sure these Jews were even deprived of the alternative homes the government had promised them. By making sure people like Hamed did not weigh the option of receiving ample compensation for their claimed lands – which, at 83, she could probably use – Yesh Din carried out its mission of annihilation faithfully.

The Nakba (catastrophe) of Amona also helped reestablish the myth of generations of Arab farmers who have owned their land in Judea and Samaria since the crusades. That part, a lie through and through, was by far the greatest accomplishment of the enemies of Zionist Jews on Wednesday.

There Arabs of Judea and Samaria erupted in two “intifadas” against the country that occupied those territories in 1948-49, Jordan. The local Arabs, along with their brethren east of the river, rebelled once in 1963, following the Pan-Arab, Socialist Ba’ath Party revolution in Syria, and threatened to topple King Hussein. The rebellion was put down by the king’s loyal, Bedouin, British trained Legion. Three years later, in 1966, local Arabs rebelled again, following an IDF severe retaliation action against the village of Samu (a PLO landmine had killed three Israeli soldiers). This rebellion was also put down swiftly and brutally by the King’s Bedouins.

Both rebellions exposed the neglect of Judea and Samaria by the occupying government in Amman, and in both cases the king compensated thousands of local Arabs by handing them plots of land he did not own. Just as Israel’s presence today in Judea and Samaria is seen by the vast majority of the world’s countries as a temporary occupation, so did the Jordanian presence there from 1948 to 1967. In fact, Jordan faced expulsion from the Arab League at one point, for its reported plans to annex the “West Bank.”

Aerial photographs of the Amona area from the 1940s – made by the British, and the 1960s and 1980s – made by the Israelis (no Jordanian photographs were ever made, apparently) show clearly that the bulk of the land was never utilized. Not because the local Arabs were lazy, but because the land is mostly rock, and to turn it into a profitable project took investments that were beyond the capacity of the local Arabs.

It stands to reason, despite whatever Mrs. Hamid recalls from the happy childhood assigned her by the PR folks at Yesh Din, that no self-respecting Arab farmer would shell out good money to purchase those almost barren lands. Indeed, the few areas on the Amona hilltop that were in use when the Jews purchased the place snaked in an irregular fashion, along the path of what little fertile soil was available.

Naturally, the farmers of Silwad never paid good money for the land – it was a gift from the king in Amman, to compensate them for their growing rage over their neglect by his government – for their lack of roads, power, water, medical clinics, schools – all the nice things the Israelis started bringing in after 1967.

The myth of ancient ownership of the Judea and Samaria lands by the local Arabs must be busted, repeatedly, using historic facts and persistent messages, because the world is unaware of this Big Lie, and Israel’s Supreme Court does not care. 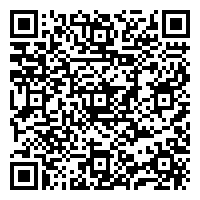